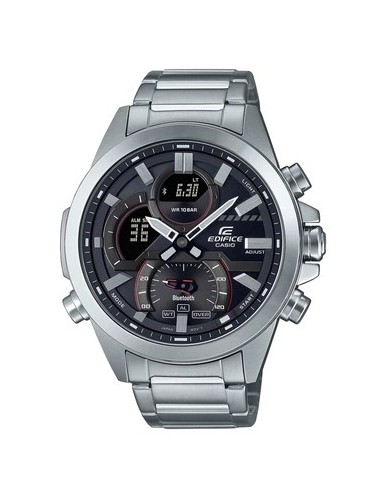 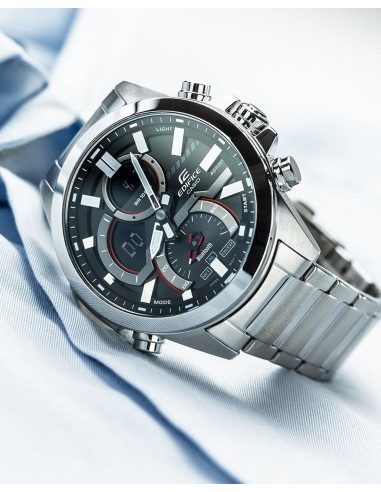 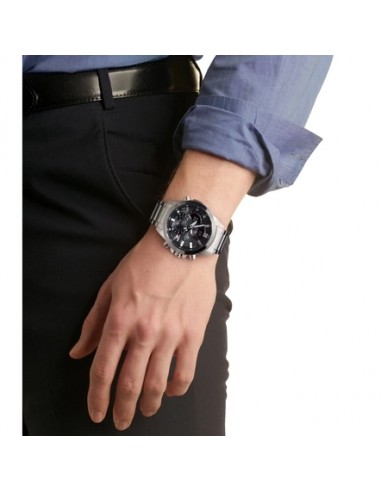 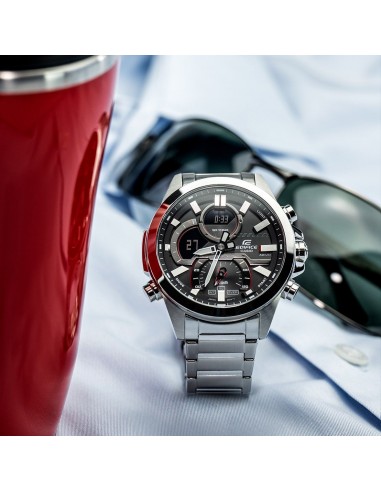 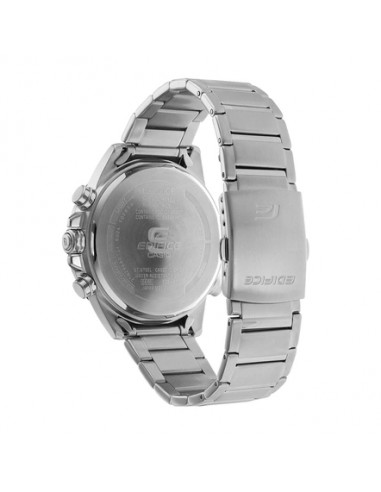 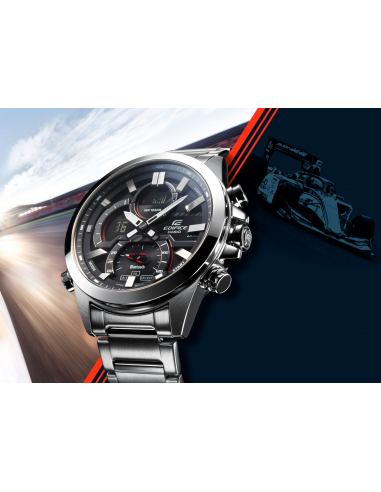 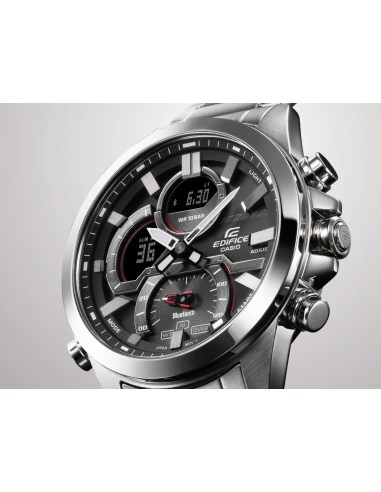 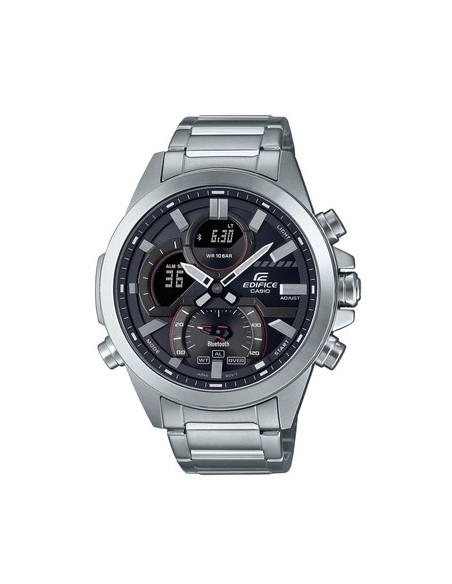 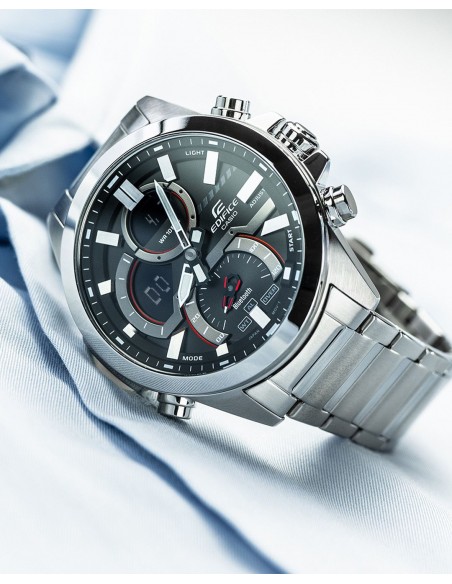 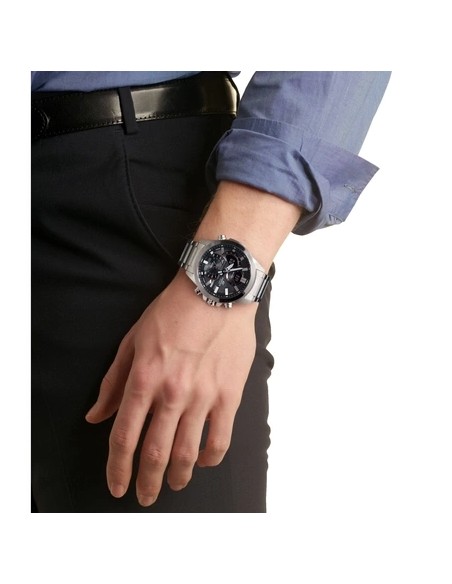 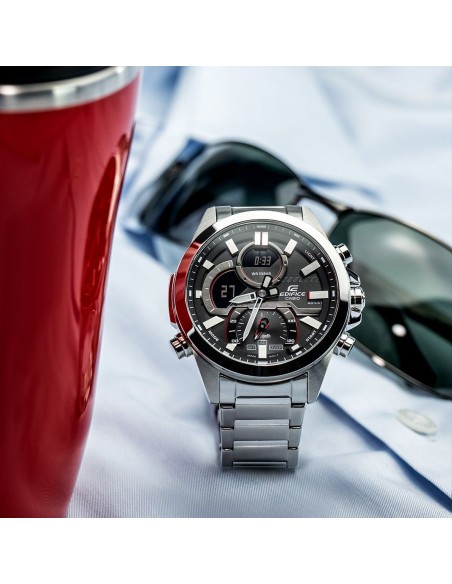 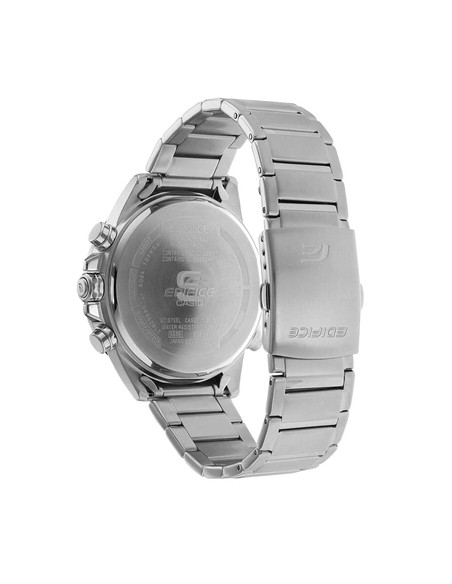 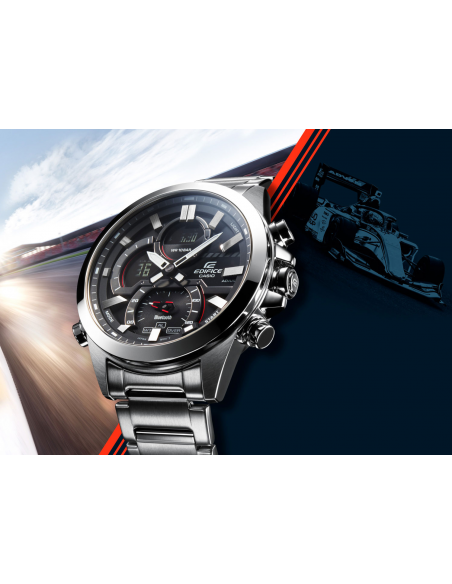 Welcome to the evolution of speed and intelligence.

The daily alarm reminds you of recurring daily appointments with an acoustic signal that sounds at the set time. This model is equipped with 5 independent alarms that remind you of your important appointments.

Simply turn your wrist slightly to illuminate the watch display with an LED.

The hands and/or index are covered with a fluorescent coating and, if the watch has previously been exposed to a spotlight, glow in the dark.

The day of the week display can be selected in different languages.

If desired, it is possible to deactivate the sound of the buttons with the Mode button. Once deactivated, the watch will stop beeping when changing from one function to another. The set alarms or the countdown timer are still active after deactivating the button sound.

By pressing the button, the hands go into motion allowing for cleaner visibility in the stopwatch and/or date functions.

The watch features a Bluetooth® low energy technology that allows data exchange at the touch of a button to save energy. The watch connects to the smartphone wirelessly, via Bluetooth®, and thus offers access to numerous useful functions.

If the watch is paired to the smartphone, the time is automatically adjusted and display the current time for everyone.

Elapsed time, split times and finish time are measured to the nearest thousandth of a second. The watch is capable of timing up to 24 hours.

Appointments from the smartphone calendar are transferred to the watch and displayed on the screen with start and end times. In addition, these will appear on the watch 120 minutes before the announced start and with a countdown.

View all reviews
Tap to zoom